HOLMES AWAY FROM HOME: Richard Paolinelli

You are contributing a story, ‘The Woman Returns’ to the forthcoming anthology ‘Holmes Away From Home’. How did this involvement come about? I actually became a part of this by way of a very long, strange path.
I was getting ready to retire from sports writing back in 2013 and was wondering what to do next when I discovered the books written by Jack McDevitt. I found out he was the same age when he began writing his first book as I was at the time I was retiring. I figured if he could start writing at that age and be successful at it, so could I and I decided to give fiction writing another shot. (I had written two issues of Seadragon back in 1986)
Jack mentioned that he was writing a Sherlock Holmes pastiche for an anthology, Beyond Watson, with the premise that it be a story told by someone other than Dr. Watson.
I had just finished doing some research on Winston Churchill and had the idea that a Holmes adventure involving Churchill would be fun to write. So I reached out to Derrick Belanger to see if it wasn’t too late to submit to the anthology. It wasn’t, and I sent in “A Lesson In Mercy” which is part of the Beyond Watson anthology.
Derrick encouraged me to submit another pastiche for Holmes Away From Home, which I gladly did and I was thrilled that it was included in this upcoming anthology.
Have you been a Holmes devotee for long?
I discovered Holmes at an early age. We moved around a lot when I was young because of my father’s business and the libraries at each new school and town were my reliable friends. I read all of Doyle’s original stories by age 10 and watched all of the films and televised episodes whenever I could. Jeremy Brett’s portrayal of Holmes remains my personal favorite.
Your series of books detailing the cases of FBI Agent Jack Del Rio have been received well by the public. Will the series run and run?

You never want to say never, so there could be more Del Rio adventures. But the series was originally laid out to be just four books and I really think that I will have told all of Jack’s story that can be told by the time we get to the end of the fourth book.
So at this time, I don’t think there will be a fifth book or more, But, then again, eighteen months ago I never thought I’d be writing original Sherlock Holmes stories either and look where I’m at now.
You spent many years as a sports writer, do you miss that?
Sometimes, especially as toward the end of my career I was also doing sports photography, which was both fun and challenging.
During football season I do a daily On This Date tie-in with my book, From The Fields, with a look back on something that happened in the past involving a Turlock high school team and I run a Facebook page with updates on the current season and updated all-time stats.
But I don’t miss the late nights, the traveling and the inclement weather at all.
What constitutes a typical day for you, if there is such a thing?
Organized chaos, to be honest.
Some days it seems like the day just started and its already 10 o’clock at night. The one constant, of course, is making sure I spend at least three hours either writing or working on something related to writing (promotions, interviews, etc.) each day.
Is there likely to be a full length Sherlock Holmes tale from you in the future? 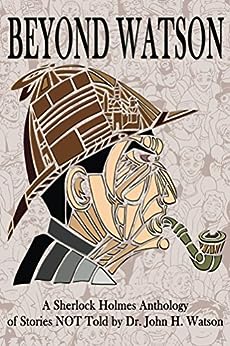 Well, now that you mention it…
Actually, I mentioned to Derrick a few months back that I had an idea for a third Holmes story that I might be able to develop into a full-length story. It would have an element of science fiction to it (I’m always scrambling my genres together) and maybe even a little steampunk for good measure. But it would definitely have the feel of a true Holmes story and I think Doyle would have enjoyed reading it.
And....the million dollar question; your favourite Holmes story is?
Ugh, you’re asking me to pick my favorite child here.
As much as I love Hound of the Baskervilles, I’m going to have to say my absolute favorite has to be A Scandal in Bohemia, which explains why I wrote The Woman Returns.  I’ve always been fascinated by the relationship between Holmes and Irene Adler.
Thanks Richard! Visit Richard's website HERE

For news of Holmes Away From Home, click HERE! 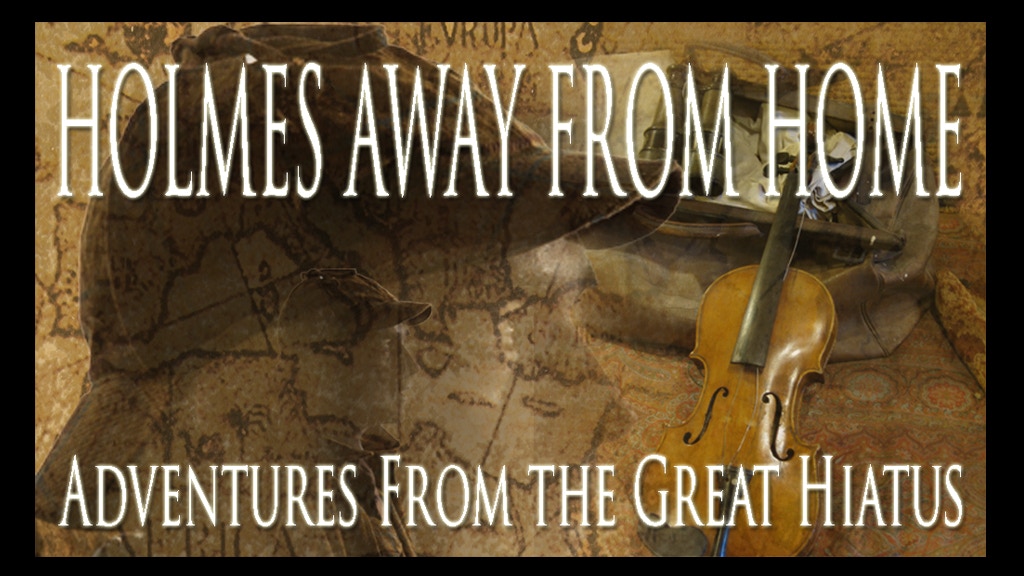