The Disappearance of Mr. James Phillimore 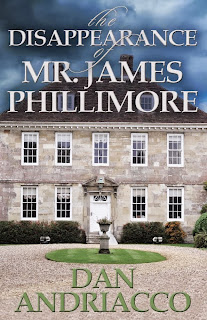 The Disappearance of Mr. James Phillimore is the fourth novel by Dan Andriacco to feature Sebastian McCabe, Jeff Cody and Lynda Teal (now Mrs Cody). The title obviously puts us in mind of the celebrated case of the original James Phillimore who, venturing back inside his house to retrieve his umbrella was never seen again. The present day (2012) Phillimore is a serial embezzler or at the very least, a fraudster, with an alluring, appealing actress wife and a fine taste in Berkshire mansions. Not only does he disappear in the 'classic' tradition, he also ends up dead. Enter McCabe and co who set about catching the murderer in their midst, a multiple murderer at that. This they do even allowing for the fact that Jeff and Lynda are on their honeymoon still....cue unexpected naps and the like. Tesoro mio indeed! With Lynda's yellow silk pyjamas it's a wonder Jeff can get anything done at all! The pacing is formidable, the dialogue sparkling with one liners abounding and wisecracks that Philip Marlowe would have admired. Topical too, with the News of the World hacking scandal, various bouts of corruption and most topical of all: the wet summer!! This is a very entertaining book indeed and throws into the mix a vast array of Holmesian insights and trivia. I found the character of Colonel Ruffle especially pleasing!! This series of novels by Dan Andriacco is becoming a byword for action-packed thrillers laced with a love of all things Sherlockian (If I may be American for a moment!). The bottom line is....search them out.....and enjoy them.

The Disappearance of Mr James Phillimore is available from all good bookstores including Amazon USA,Barnes and Noble,  Amazon UK,  Waterstones UK and for all other countries Book Depository who offer free worldwide delivery. In electronic formats there is Amazon Kindle, Kobo, Nook and iPad. 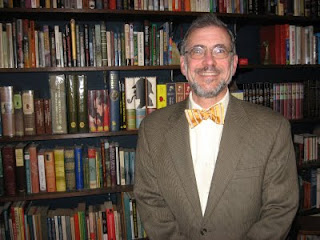 Good afternoon, you have a nice blog